Getting right to work setting up camp before the light fades

We’re camping out on the ice! Arrived on land before 7:00pm and were immediately put to work to set up camp – shovels were being passed out and slowly, groups of people got together to dig their homes for the night. We had to dig a hole, level the snow, and build a small wall in the direction of the wind to block it from freezing us in the night.

We’ve got lots of penguins near the shore, and a lone seal keeping us company. There is a chance that more seals may appear throughout the night, and we should be able to hear ice breaking off the glaciers and hitting the water, but what I’m most excited to hear is the sound of Antarctica. The silence.

It sounds too crazy to be real, but we did it. After camp was set up, we had the night to ourselves. Did a little bit of stargazing, and once all traces of the sun had disappeared from the sky, we just sat and enjoyed the moment. The number of stars visible was incredible.

Testing out the “beds” – they were actually pretty comfortable! (As long as you didn’t have a huge chunk of awkwardly-shaped ice under your mat

Watching the sun slowly fade, with the mountain’s peaks illuminated for one last time that day

With camp done, we went out to look for our neighbours. Hello, seal 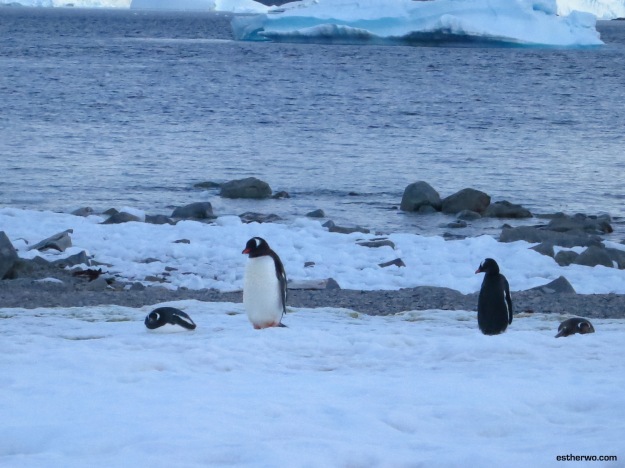 You know what penguins are great for? Morning alarms. They’re all quiet at night, but just before dawn they call like crazy and gather to go out to sea together to hunt

View of camp from further down the beach – yes, we were on a beach. A beach covered in snow and ice 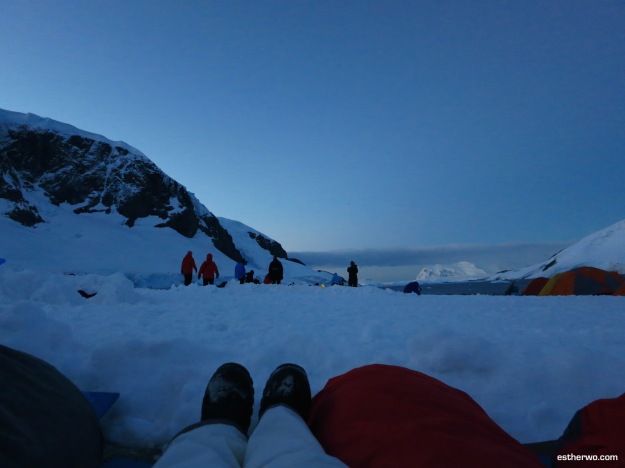 We had tents set up, but I honestly don’t think anyone ended up using them because we all wanted to sleep under the stars

All set for the night! We had to huddle like penguins at some point because it was getting really cold, but no one wanted to go sleep yet

My pitiful attempt at a night shot – Canon PowerShot S100, no tripod

The text in this post was taken from an original journal entry made during the International Antarctic Expedition 2013, written on March 6, 2013 on Ronge Island.

This site uses Akismet to reduce spam. Learn how your comment data is processed.